Just five days to go! I’m A Celebrity… Get Me Out of Here! star Miguel Maestre lands in South Africa to begin filming the new season

He’s the only confirmed contestant from the upcoming season of I’m A Celebrity… Get Me Out of Here! Australia.

And the countdown for Sunday night’s premiere officially began on Tuesday, when celebrity chef Miguel Maestre landed in South Africa.

The 40-year-old documented his arrival on Instagram and looked excited at the prospect of spending several weeks in the jungle. 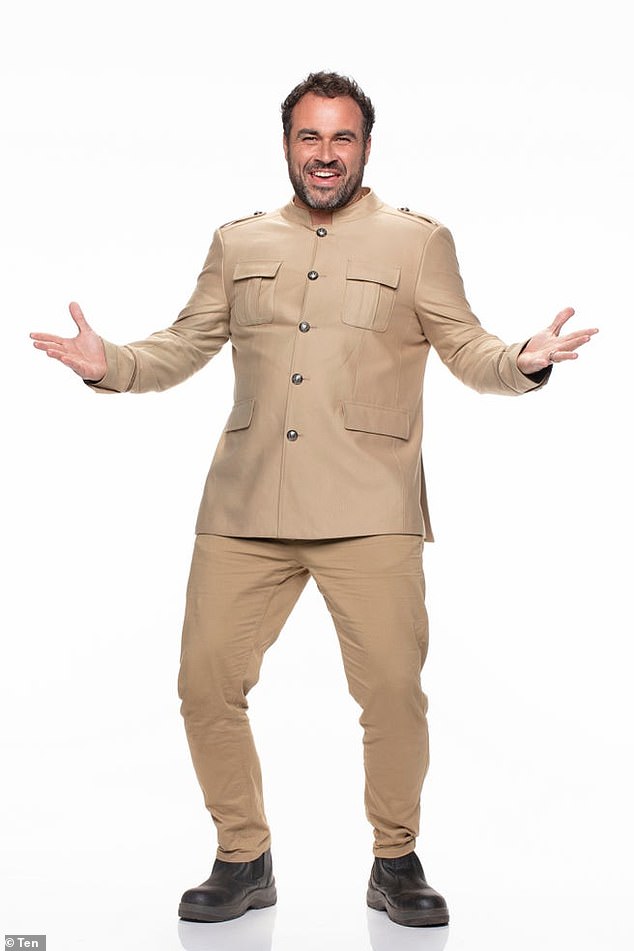 So it begins: I’m A Celebrity…Get Me Out Of Here! contestant Miguel Maestre (pictured) embraces the ‘Hakuna Matata’ spirit as he lands in Africa, filming wild warthogs as he travels to the jungle

Miguel shared footage of himself walking through the airport, before throwing it back to older photos of his ‘last meal’ in Sydney: a 600g steak.

He pumped himself up by listening to the Rocky soundtrack and asked his social media ‘amigos’ if they had any advice for him. 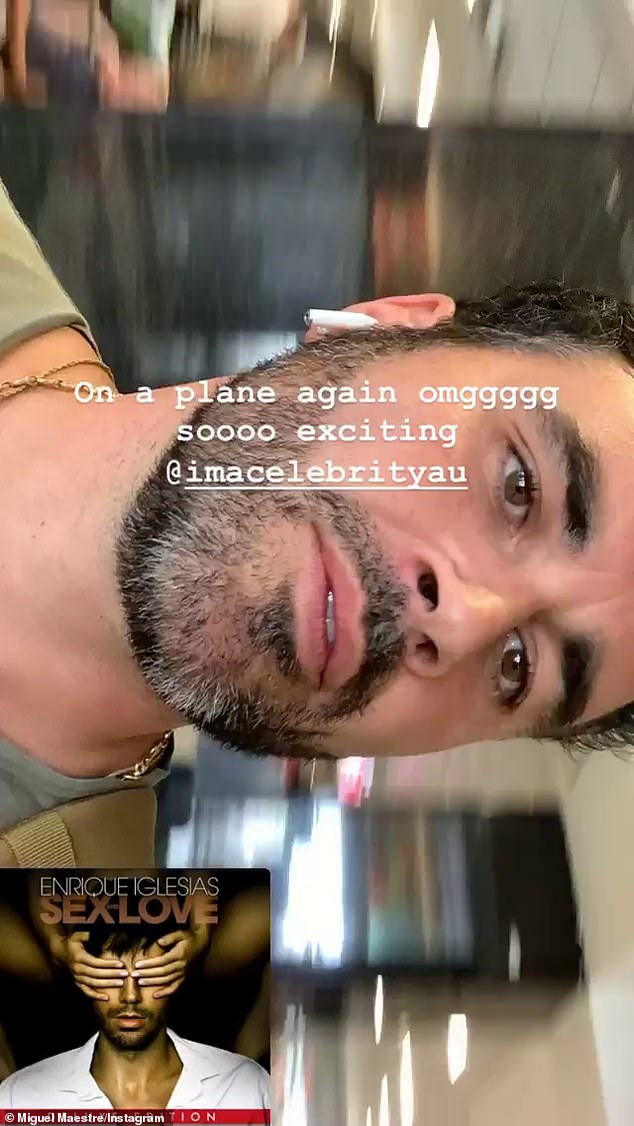 Exciting! Miguel went through a myriad of facial expressions while listening to Enrique Iglesias through his air-pods, telling fans that he was excited to be headed towards the filming location 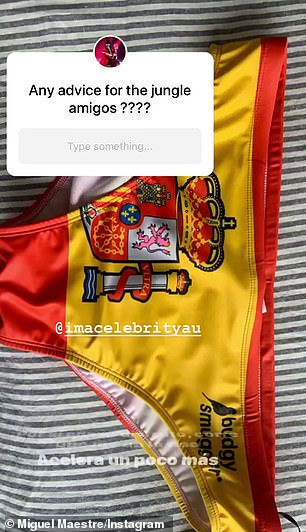 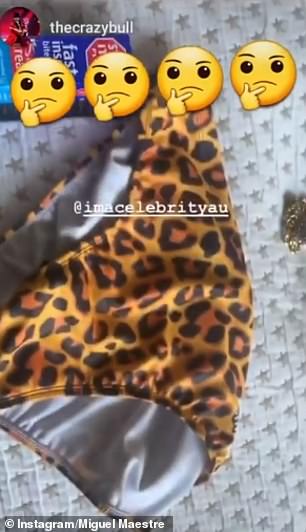 It’s not the first time! Following on with a bizarre tradition of sharing his jocks, Miguel snapped a close-up picture of his Spanish flag buggy smugglers laying out on his bed

‘A lot of my friends have had serious mental health issues and lost their battles,’ he recently told TV Week.

It was a ‘no brainer’ for Miguel when he was given the opportunity to represent R U OK? on I’m A Celebrity… Get Me Out Of Here! 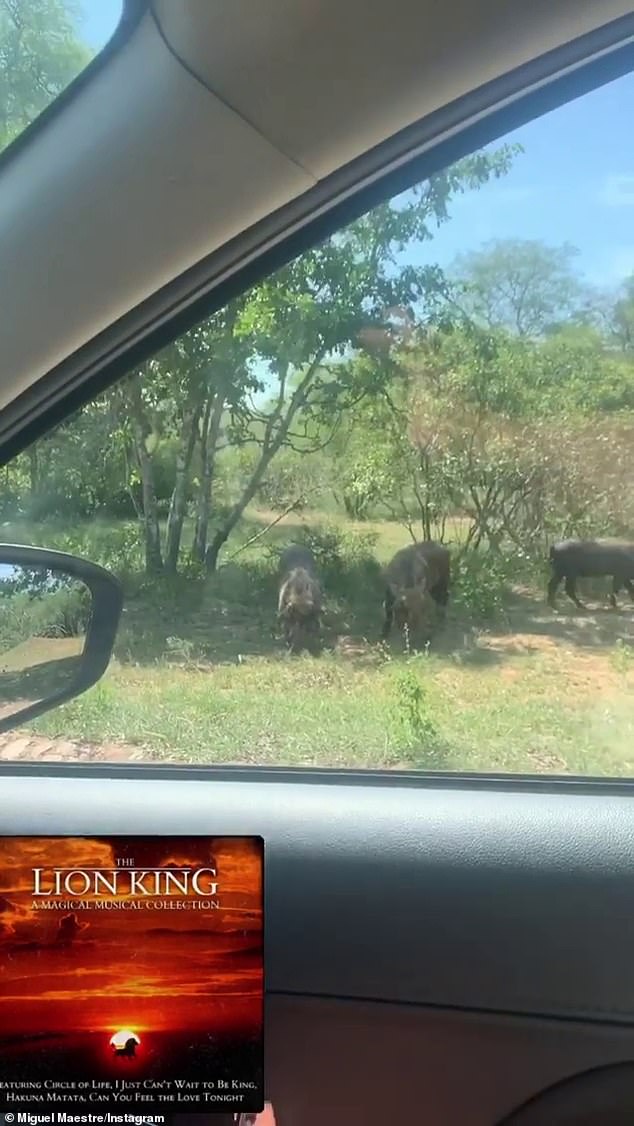 ‘Hakuna Matata’: His next and final snap proved he had landed, filming as he drove past wild warthogs and played the Lion King classic hit 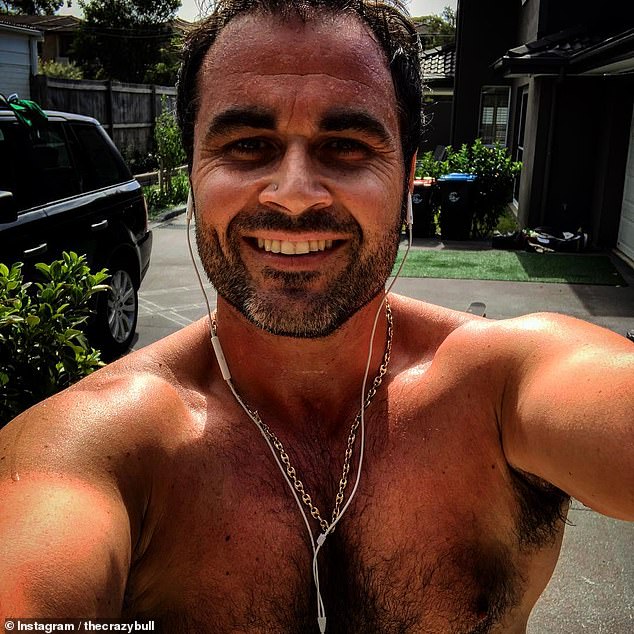 Getting ready: The 40-year-old took to Instagram Stories to capture his journey and the African sights, before his phone is likely taken off him once shooting begins

Other contestants rumoured to be heading into the jungle include Ryan Gallagher, Sophie Monk, Erin Barnett and Tommy Little.

I’m a Celebrity… Get Me Out of Here! returns to Channel 10 on January 5. 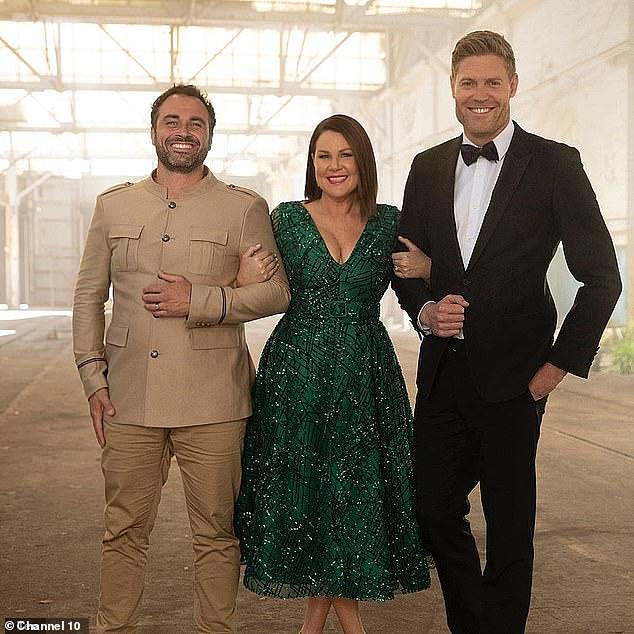 Miguel will be representing the suicide prevention organisation RUOK while in the jungle. Pictured with hosts Dr. Chris Brown and Julia Morris

View all posts by toanvd